[Introduction] [Limitations of dictionaries] [What is a word?] [Written vs. Spoken Language] [Modelling Variations] [References]

What is a word? 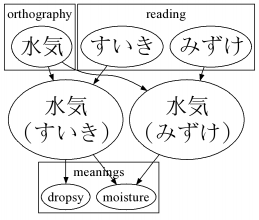 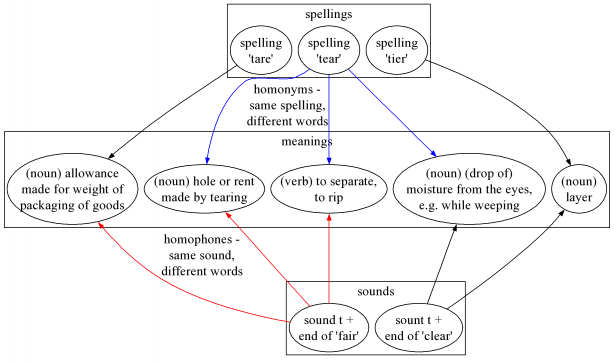 In this view (ignoring, e.g. conjugated forms), a word is a grouping (fluid over time and geography) of meaning, orthographic and phonetic forms.

By tying a written (spoken) example to a spelling/word (sound/word) pair, we can record particular instances of a word (through the time/location details of the example text/speech), and effectively record shifts in meanings, spelling and pronunciation.

This model doesn't capture the strong associations between related verb and noun forms (as occur, e.g. in English and Japanese); there is no explicit representation of etymological relationships, word transfer between languages, forms unrelated by sound/orthography (e.g. humble/honorific verb forms in Japanese) - these would seem to require additional relationships and possibly anchors to particular contexts.

... to chase up: Defining Polysemous Words, by Peter Norvig